A Day Out in Tavistock

Next time you’re wondering where to go, you should consider a day out in Tavistock. It’s a classic Devon market town just fifteen miles from Plymouth and is well worth a visit. It has an excellent daily market, a good range of individual shops, great little cafes and pubs, riverside walks along the River Tavy and historic buildings. It’s also a good base from which to explore Dartmoor. You won’t run out of things to do in this upmarket country town. 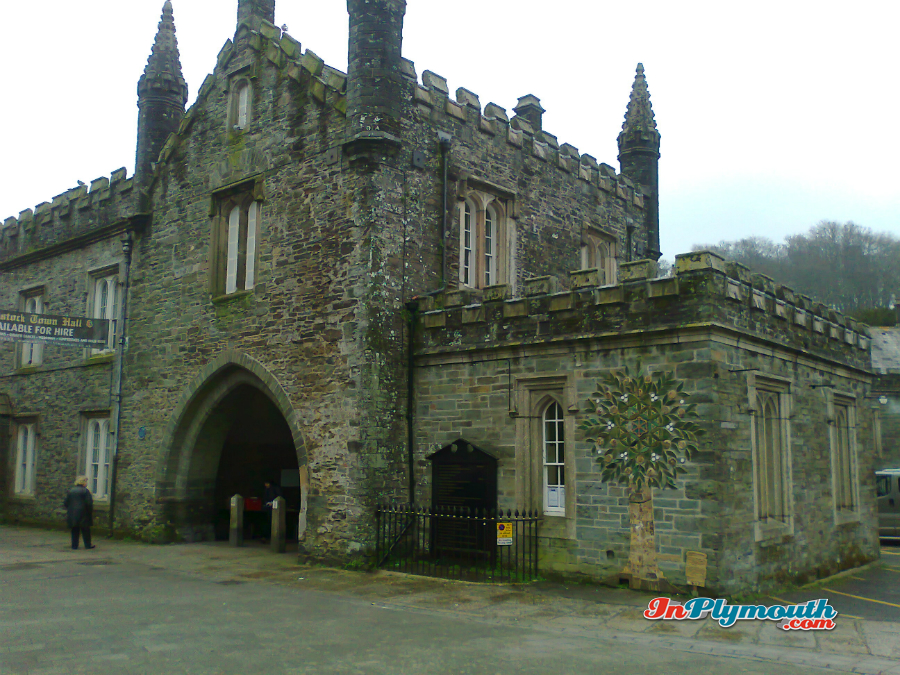 Going to Tavistock is a bit like going back in time with it’s range of historic buildings, but the amenities are definitely up to date! Tavistock is a charming place to visit with its architecture of local stone, a wide range of shops, the award-winning pannier market, a lovely riverside park called The Meadows, and a good leisure centre with a swimming pool.

Tavistock Wharf is a modern development which provides theatre, films, live music and art. Tavistock is also an excellent base for exploring Dartmoor, the many pretty Devon and Cornish villages nearby and a variety of National Trust properties. 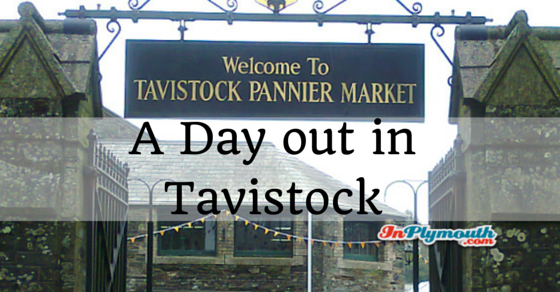 The town became Devon’s second Fairtrade town in 2006 for having successfully ignored the local branch of MacDonalds, forcing it to close. It’s the largest market town in Devon (with a population of approximately 11,599 according to the most recent statistics I could find). It’s set on the River Tavy, from where it’s name derives, and nestled on the edge of Dartmoor. 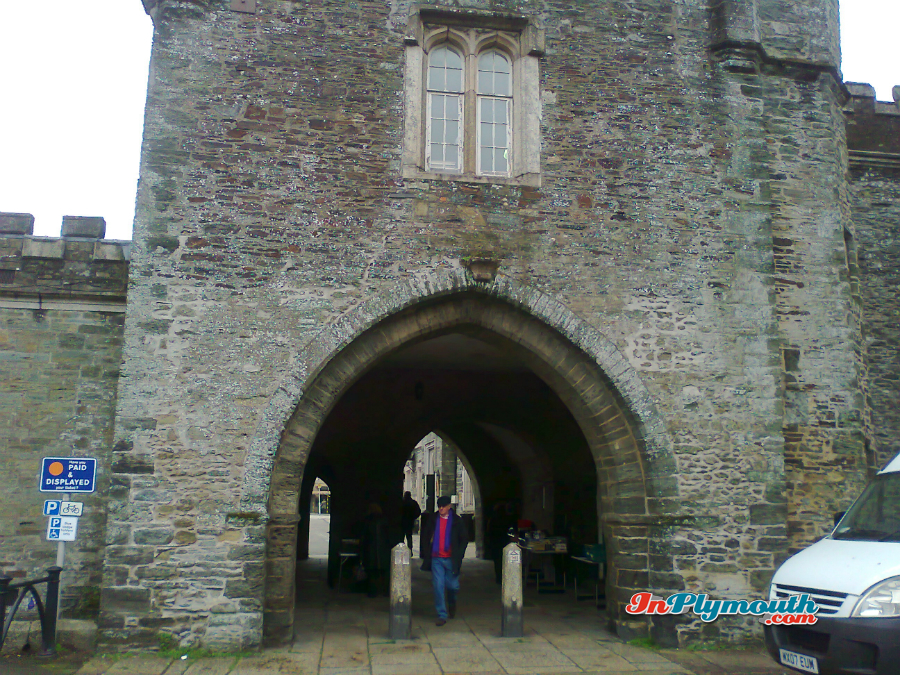 Tavistock, Devon is an ancient market and stannary town.

The biggest event in the town is the annual Tavistock Goose Fair, known locally as ‘Goosey Fair’, which has existed since 1116. It takes place on the second Wednesday of October and takes over much of the town for several days, bringing a great air of excitement! Traditionally it was a chance for locals to purchase their Christmas goose, but nowadays as well as street vendors selling their wares, there are rides and games. People come from miles around to visit Goosey Fair and local children are given a day off school to attend. Tavistock’s shops are of a good variety and whilst there are a few chains, most of the shops are locally owned and you won’t find any big department stores. This makes shopping in Tavistock a more individual experience.

The Pannier Market has been running for 900 years and is open every day (apart from Mondays in the winter) between the hours of 9am to 4:30pm. The market sells different types of products on different days, including mixed markets, Victorian markets and craft markets. This means you can find an excellent range of quality goods, from books to hats, and from pet products to meat, depending upon when you go. Regular farmers markets are held in the town square, selling rare meat breeds, locally grown vegetables and locally made items. 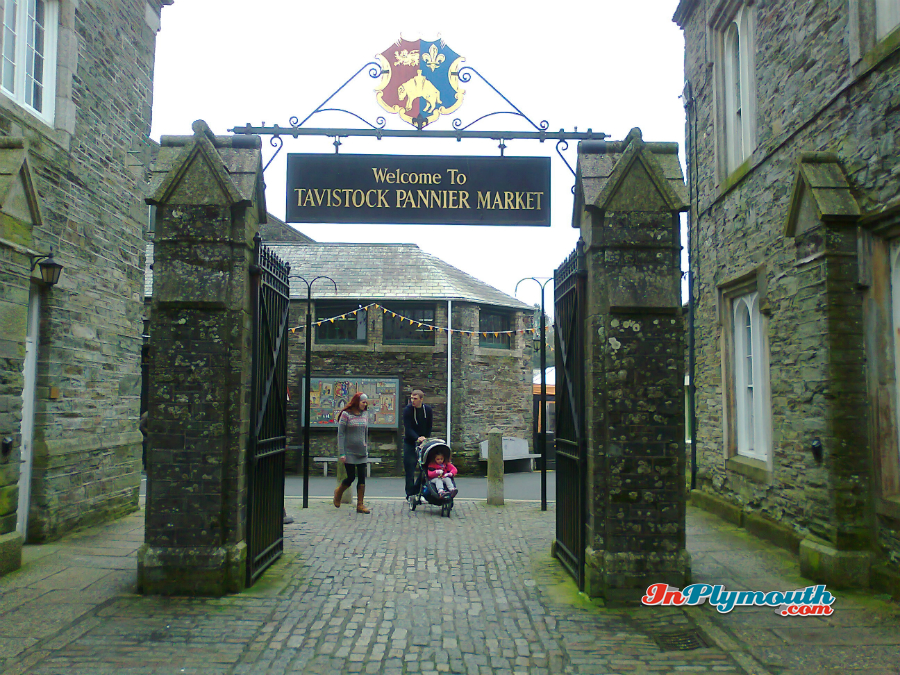 Eating and Drinking in Tavistock

Tavistock is well supplied with cafes, restaurants, pubs, bars and hotels, the most famous of which is the Bedford Hotel on the Plymouth Road (at one time Tavistock was linked to London via Exeter by a daily mail coach which arrived at the Bedford Hotel at 11 am each morning and left for London at 3 pm). In 2005 Tavistock was voted the Best Market Town in England and in 2006 was voted the Best Food Town. These successes are largely based on the strength of the many independent food shops and suppliers in the town. 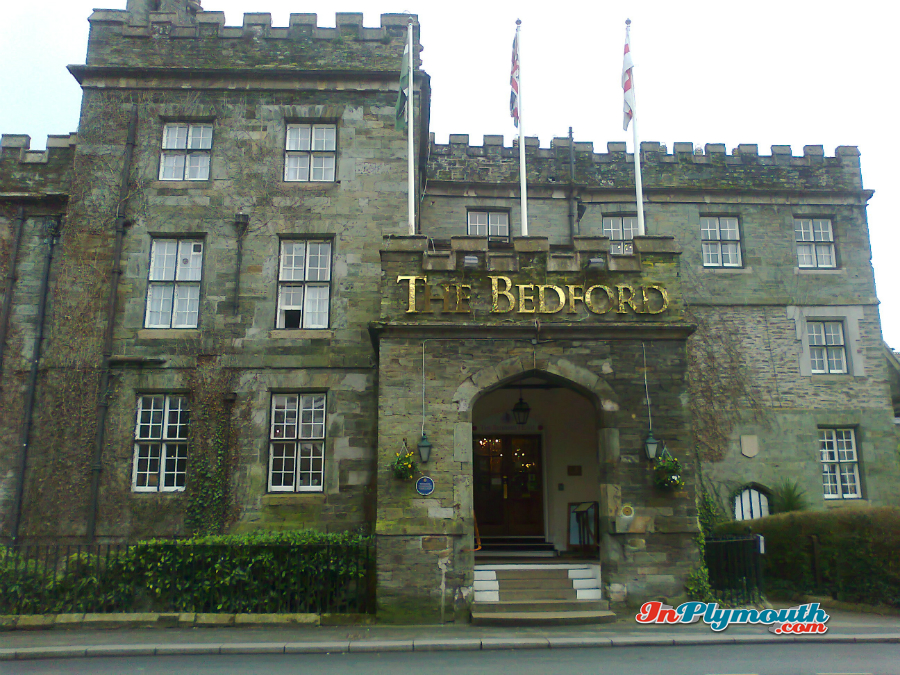 This ancient town has a rich and varied history. It was founded in Saxon times, destroyed by raiders from Denmark, settled by Benedictine monks (around the year AD 961 Ordgar the Earl of Devon laid the foundations of a Benedictine Abbey where the centre of the town now sits) and ruled by the Russells and the Dukes of Bedford until 1911.

Tavistock received its Market Charter from Henry I in 1105 developed from its wool trade, enjoying the monopoly to manufacture woollen cloths known as Tavistock Kersies.

It was also became a Stannary town, which means it was one of the locations where all the mined metal was weighed, stamped and assessed for duty. From the 12th Century vast quantities of tin were mined, but by 1850 the mining of copper took over from tin, extracted from the famous Devon Great Consols Mine. 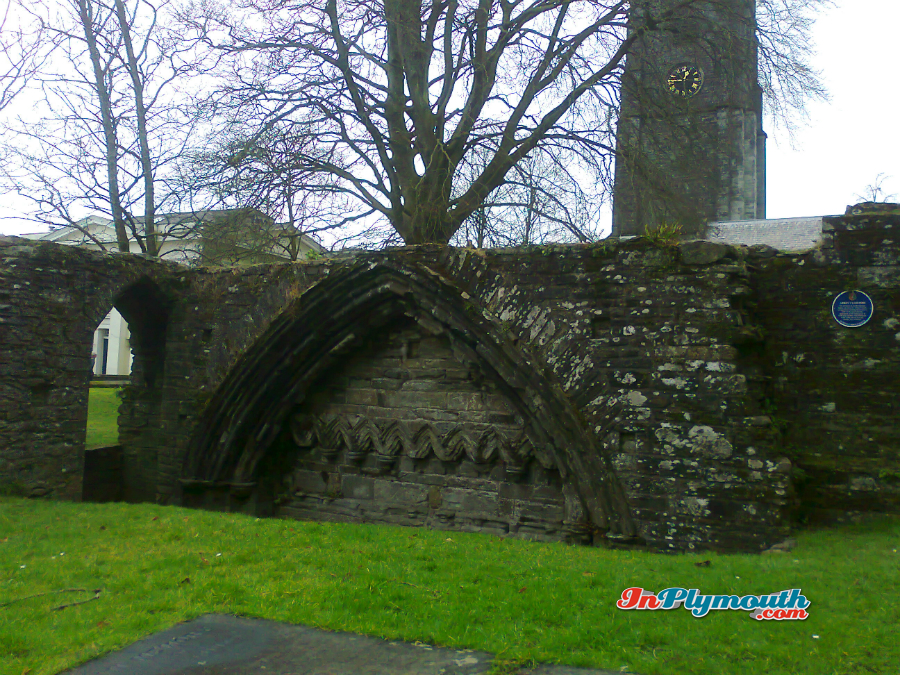 The ruins of the Abbey, in Tavistock, Devon

In 1542 Sir Francis Drake was born at a farm just south of Tavistock. In 1588 after his help in defeating the Spanish Armada, Drake was knighted by Queen Elizabeth I and lived at Buckland Abbey near to Tavistock. A landmark on the Plymouth Road is a statue of Drake by Edgar Boehm, erected by the 9th Duke of Bedford in 1883 (the statue of Drake on Plymouth Hoe is a copy of the Tavistock statue).

The poet William Browne was born in Tavistock. In 1644 during the English Civil War, King Charles visited Tavistock and stayed in Pym Street in the house of the Glanville family. He left after just a week having failed to subdue the feisty citizens of Plymouth.

Going to #Tavistock is a bit like going back in time. #Devon

Bedford Square is the focal point of Tavistock, with the Parish Church (St Eustachius) and the Town Hall built in 1859 by Francis the 7th Duke of Bedford, whose statue is outside the Guildhall. The Court Gate is an archway which leads from Bedford Square to Guildhall Square, and which houses the Museum and the Subscription Library. The remains of the Abbey wall are nearby, and all of these building are scheduled as Ancient Monuments 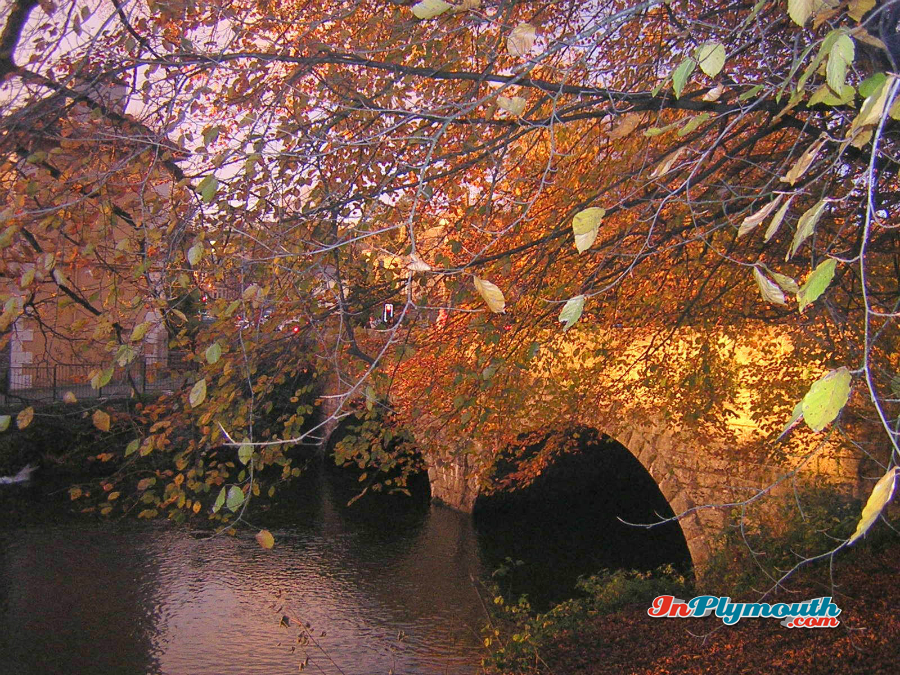 Riverside walks by the Tavy are enjoyable at any time of year.