Plymouth is a vibrant city that is bursting at the seams with history, culture and events. However those who have visited the more well known attractions, such as Plymouth Hoe, Plymouth Barbican and Sutton Harbour, and the National Marine Aquarium may want to discover some of Plymouth’s more unusual attractions.

Here are five of Plymouth’s hidden gems that are worth visiting.

The Elizabethan Garden is tucked away in the back streets of Plymouth Barbican, at 34 New Street. The garden dates from the sixteenth century when wealthy merchants built their houses here.

The garden is so well hidden that it is rarely crowded and is sometimes completely empty, making it a quiet and serene oasis in which to relax. A fountain, mature trees, cobbled paths and low box hedges full of colourful flowers give a charming feel to this small garden.

Open all the year around from 9.00 am until 5.00 pm and free to enter, it is a hidden treasure indeed. 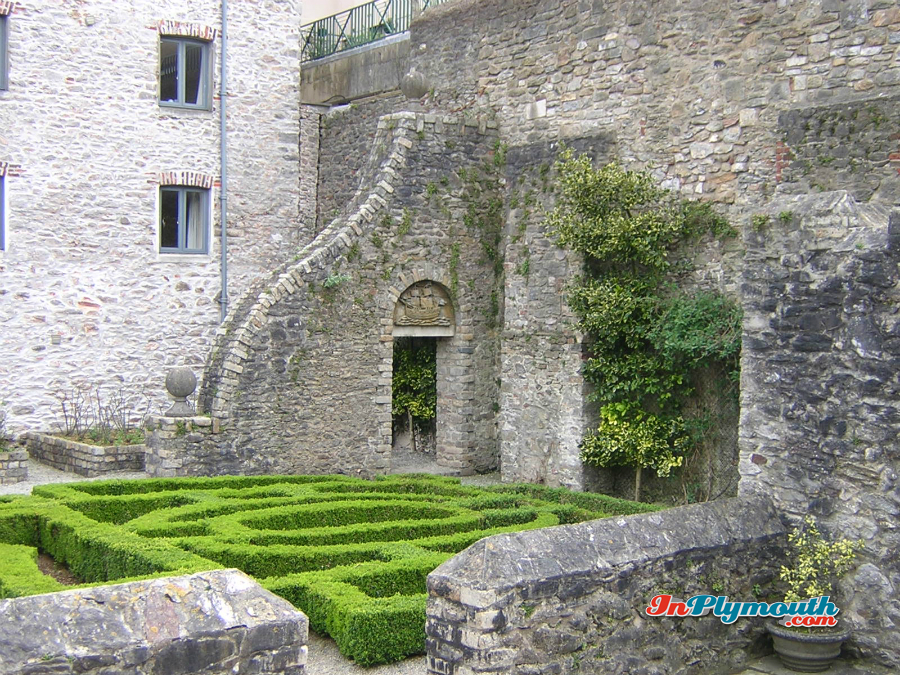 The area of Plymouth known as Devonport has the city’s finest collection of Regency architecture, including the Grade 1 listed Devonport Guildhall and Devonport Column, designed by Foulston. Devonport was once a town in it’s own right and became influential in the eighteenth and early nineteenth centuries due to the docks and the presence of the Royal Navy.

Devonport Guildhall and Column (just a short walk from Devonport Park, which is another gem worth visiting) have been restored and can now be experienced by visitors. The Guildhall’s impressive dimensions is the first thing that strikes people when they visit.  Attractions include the grand Main Hall and old prison cells now re-used as meeting rooms. In addition the Column Bakehouse, an artisan bakery and cafe is sited in Devonport Guildhall.

Devonport Column is a striking architectural icon and offers superb views of Plymouth and Cornwall, if you have the energy to climb the spiral staircase to it’s 124 foot high platform. 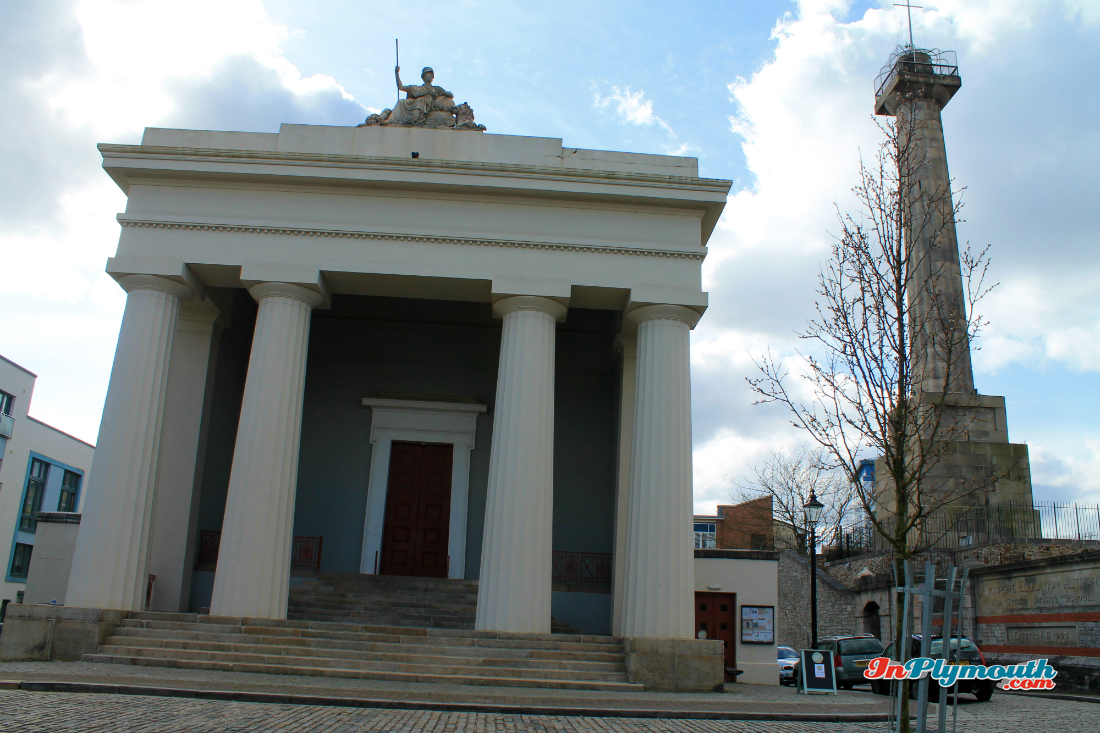 It’s possible to drive past Crownhill Fort many times without having a clue that it actually exists, it is so well hidden from the main road. However once you discover it, you will amazed at what a historical attraction it is.

Crownhill Fort is the best preserved of the wonderfully-named ‘ring of fire’, a series of ten Forts and Batteries built in the 1860’s to defend Plymouth’s naval base from an attack by the French. Crownhill Fort was the centrepiece of the string of Forts stretching from the River Tamar to Cattewater.

The Fort remained in military possession from 1871 until 1986 and played an important part in many conflicts. Luckily for Crownhill Fort, it’s continued use meant that it is extremely well preserved and has not been subject to neglect or unsuitable alteration.

Since 1987, the Fort has been owned by the Landmark Trust and the buildings have been given many new uses to generate income for it’s upkeep, including open days, weddings, self-catering accommodation, business premises and conferences.

For more information on Crownhill Fort visit their website http://www.landmarktrust.org.uk/crownhill-fort/

The Royal Citadel occupies a prime position between Plymouth Hoe and the Barbican, yet it’s quite possible to walk past without really noticing it. This is because from the ground, it just looks like a series of tall stone walls, with no indication that something exciting may be contained within!

It’s easy to take #Plymouth’s Royal Citadel for granted, until you go in.

The Royal Citadel is, in fact, a huge seventeenth century fortress built to defend the coastline from the Dutch and to keep watch on Plymouth, which had previously rebelled against Royal authority during the English Civil War. It was the most important English defence for over one hundred years, with it’s seventy foot high walls. It has been regularly strengthened over the years, for example in the 1750s when it was equipped with 113 guns.

The Citadel is still used by the military today, but guided visits are held between 5 May and 29 September on Tuesdays, Thursdays and Sundays at 14.30. You can phone Armada Tours on 07876 402728 to book or just meet outside the main entrance. 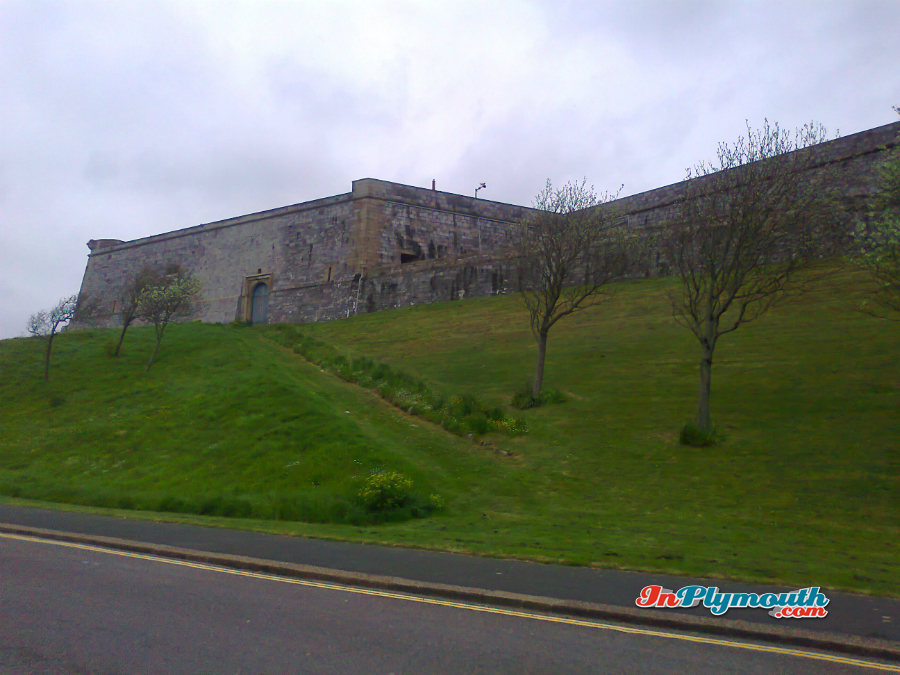 The Plym Valley Railway was founded in 1980 with the aim of restoring a section of the ex-Great Western branch line from Plymouth to Tavistock, which was sadly closed in 1962.

The first stretch to be restored was completed in September 2001. The second stretch, Marsh Mill to Lee Moor Crossing was completed and opened to passengers in May 2008. Plym Bridge Platform was opened to the public in December 2012 and marked the completion of the laying of one and a half miles of track. Passengers are now able to travel a distance of 1.5 miles from Marsh Mill station to Plym Bridge platform.

Marsh Mills is a heritage railway centre where steam and diesel locomotives, carriages, wagons and other historic railway artefacts are preserved. As well as train rides, visitors can watch trains running from viewing areas and from Plymbridge can get off the train and explore Plymbridge Woods, a National Trust Property. The railway is also next to a cycle track for those who want to bring bikes, have a train ride and then cycle through Plymbridge Woods.

Now you can use this guide to visit some of Plymouth’s hidden gems. After you’ve visited them, please let me know what you thought of them by leaving a comment below, I’d love to hear from you.