I’m a big fan of Plymouth, as most people are aware. But even I will admit that our city isn’t perfect, as even beautiful gems can have a flaw. There are some things that Plymouth gets wrong and which prevent it from being the great place that it has the potential to be.

When Drake Circus was being constructed, Plymothians became more and more amazed as each new decorative feature was added to the exterior. By the time it was complete it looked like it had been designed by a drunken madman!

The approach from Exeter Street is particularly jaw-dropping; Charles Church, the dignified ruin, is in the foreground and then looming behind it, colossal, angry orange sails burst upon you. These alien sails are set at an angle which makes your stomach churn as you drive around the roundabout. It makes me feel like I’ve stumbled into a scene from a Dr Seuss book and never ceases to alarm me, no matter how many times I see it!

The bus station is much complained about and anyone who lays eyes on it will understand why. Those who disembark from a coach here, must be under the impression that they have arrived in a post apocalyptic wasteland. The overriding impression is of expanses of dirty, grey concrete, daubed with graffiti. Why visitors don’t get straight back on the coach again, is a mystery to me. Popular with tramps and pigeons, no one else lingers here for longer than they can help it.

UPDATE: Plymouth City Council obviously agreed with me about this, as Plymouth now has a brand new coach station and Bretonside is under development as an entertainment complex. But Bretonside Bus Station, we will never forget how bad you were! 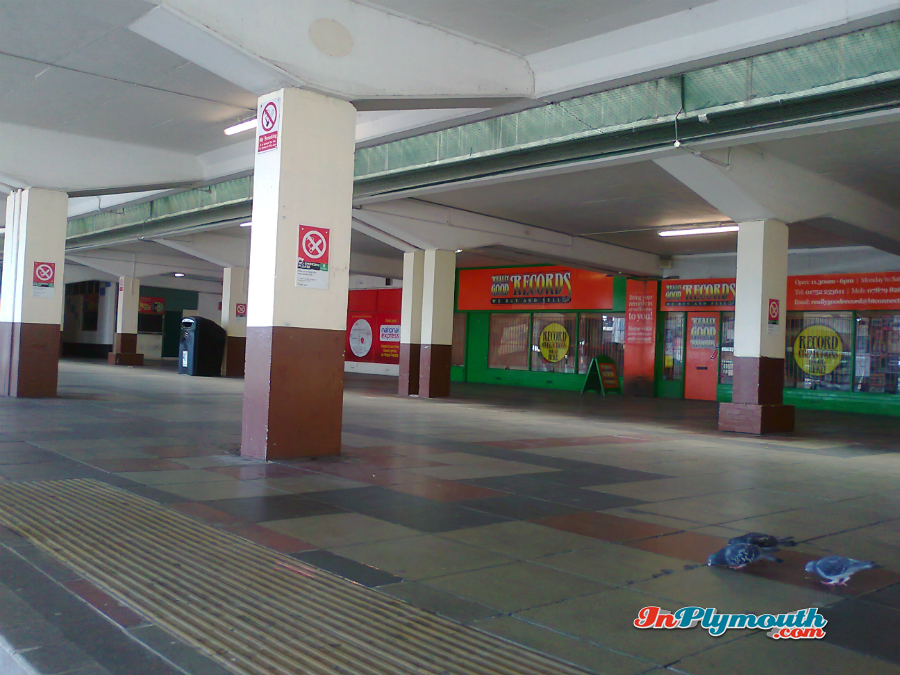 The Wasteland that is Bretonside Bus & Coach Station

Plymouth Station is much like any other; a soulless hub of confused travellers, hurrying anxiously to and fro, or waiting dejectedly on windy platforms, listening to garbled announcements. However, it’s when you emerge from the station that the pain really begins. Instead of a viewing the vista of a vibrant, attractive city, you first thing you are faced with is a huge slab of concrete, multi-storey car park. Everything else, from the scurrying people to the patiently waiting line of taxi cabs, is dwarfed by this immense, grey mammoth.

Plymouth’s centre for aviation was always doomed to be constrained, because of it being situated too close to the city. The destinations available to fly to were limited due to a too-short runway. Selling off the second runway didn’t really helped this situation. However the airport’s uselessness became even more pronounced when flights to London were cancelled. You would think that an air link to the country’s capital city would be the very point of a provincial airport. But apparently not.  The decision to close the airport completely due to a supposed lack of use during the recession, has been the final blow to Plymouth’s status as an airport city.

You may be sensing a theme here. Plymouth’s ferry port is useful as it enables the people of Plymouth (and indeed the rest of Britain) to sail to Roscoff in France and Santander in Spain. My main complaint is it’s appearance. The approach is beautiful with the natural setting of Plymouth Hoe, shown off to it’s full glory. However, when the ferry docks, a slight depression can descend upon the weary traveller. This is due to the ferry port being featureless, soulless and unwelcoming. It’s main feature is a gang of seagulls worrying at chip wrappers.

Another much complained-about addition to Plymouth’s skyline, the Staples building attracted negative attention as soon as it was completed. In fact I think it’s fair to say that almost everyone in Plymouth is united in detesting it. Another imposing concrete monolith, it looks like a huge duplo brick, only less colourful. Next to the elegant lines of Charles Church, it looks clumsy, ugly and alien. 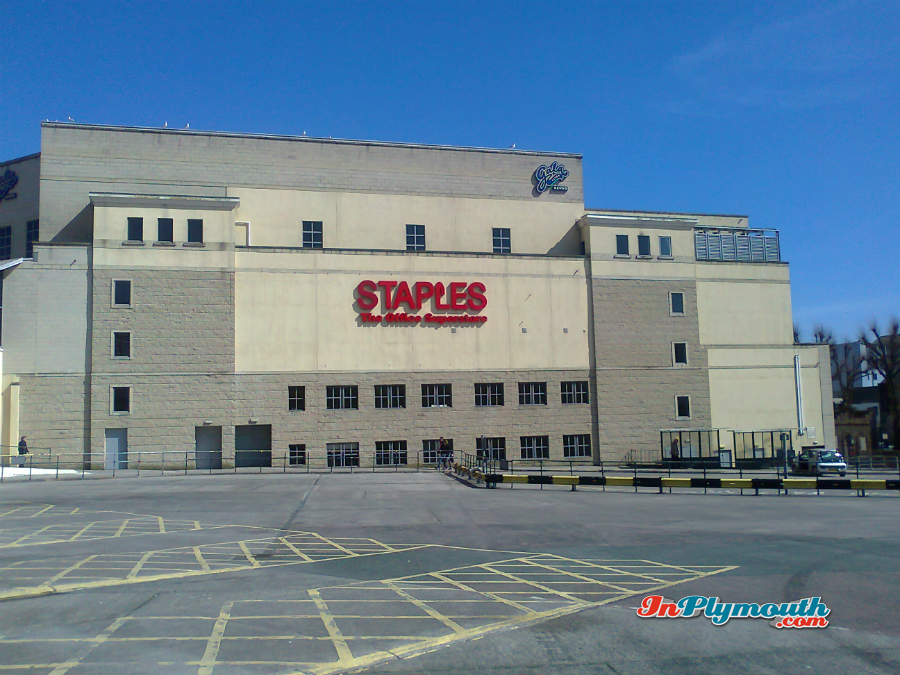 The Staples Building looks like a huge duplo brick

The Route to the Barbican

Lots of visitors come to Plymouth and leave, never having found the Barbican. Which is a shame because it’s one of Plymouth best attractions. There is no obvious way to get to the Barbican. I’ve lived in Plymouth for twenty two years and at times I still find myself wondering how on earth to get there from wherever I am. So there isn’t much hope of a visitor finding it! Part of the problem is that some of the signs that do exist don’t really look like signs.

Perhaps Plymouth wants to keep this superb feature all to itself and doesn’t want to share it with outsiders. Whatever the reason, the Barbican will remain elusive, until a route is constructed which leads directly to it, with the addition of a few signs, to helpfully point out the way. 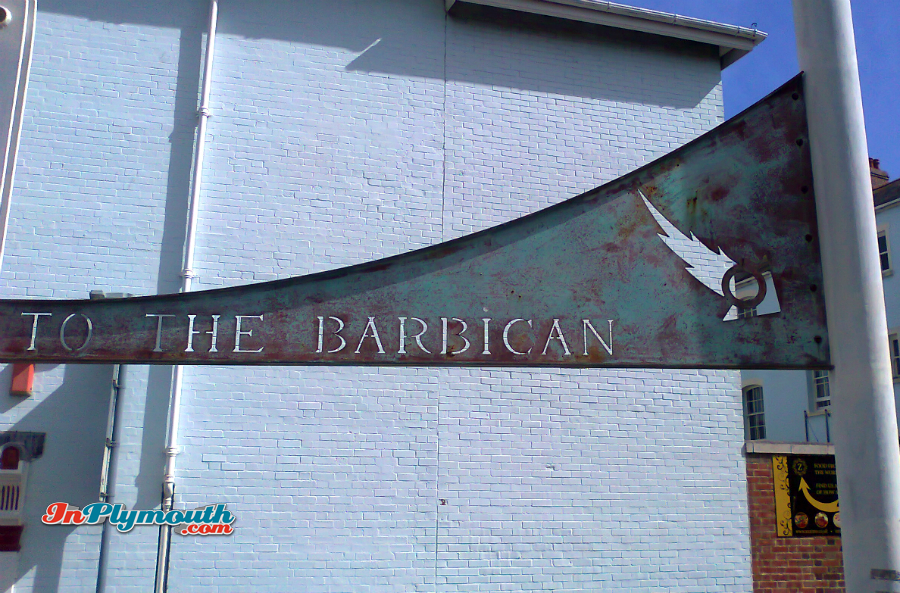 By the time you find this sign, you’re halfway there.

Shopping in Plymouth is better than it used to be, since the advent of Drake Circus, but is still not as good as other cities. Plymouth has no Habitat, no Gap and no Ikea. But most iniquitous of all, Plymouth has no John Lewis! Exeter can supply a few of the missing retail elements, (their John Lewis is puny) but the nearest major shopping centre is in Cribbs Causeway on the outskirts of Bristol. Plymothians can and do travel to Exeter and Bristol to shop, and the fact that they do so shows an appetite for these stores. So why is Plymouth bereft of these retail gems? Why indeed!

Getting to Plymouth isn’t easy. We’ve already established that the bus station is frightening, the train station is bleak, the ferry port is unattractive and the airport no longer exists. At least I can drive there you might think, but unfortunately, Plymouth has no motorway. Instead it has a dual carriageway, with so many twists and turn that you feel like you’re on a roller coaster at Alton Towers. Drivers arriving in Plymouth must feel quite dizzy.

The excuse for not building a motorway is that the route is too hilly and twisty. Well, we already know that. All I can say is that it didn’t stop the Romans. Hills or rivers didn’t faze the Romans; they just went over or under, but never around. If the Romans could build straight (and for the time very fast) roads, then why can’t we, with our much more advanced technology?

There is nothing good I can say about Western Approach in the city centre. On one side is a row of seedy, shabby & mainly boarded-up shops. On the other side is the concrete monstrosity which is Western Approach car park next to the giant greenhouse that is Toys ‘R’ Us.  An ugly footbridge overhead links Frankfort Gate shopping area to the car park, so that you can get a superior view of the awfulness of it all. Demolition would be the best solution, but until then just try to avert your eyes as you pass through. 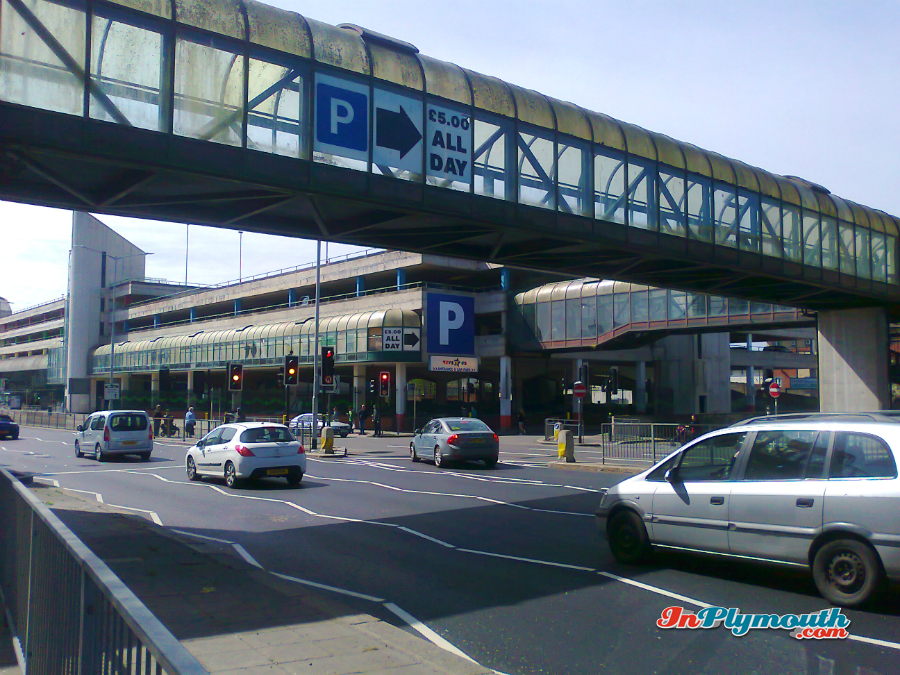 There you have it. The ten things that Plymouth gets wrong. Fix these few, simple things and there would be nothing to complain about. The people of Plymouth would be as happy as larks if these ten problems were addressed.

But perhaps if Plymouth was too perfect, then we would be swamped by the rest of Britain wanting to move here, lock stock and barrel. What do you think?

If you enjoyed this try Ten Things Plymouth Gets Right